What if operation Sealion had been successful and the Germans had  pulled of their planned invasion of Britain?

For most of the year my end to end railway layout lies dormant. So clearing away all the modern image rolling stock and other visual clues  allowed  me to use it for some WW2 wargaming.  Set against the backdrop of an imaginary British town we find some Panzer Grenadiers moving forward intent on capturing the high ground that overlooks an abandoned loco yard.

At the same time  the British are attempting to reinforce the same position by rushing forward some more infantry and armour. 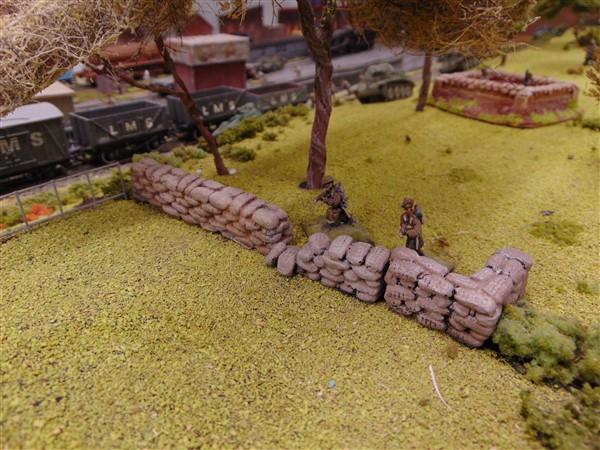 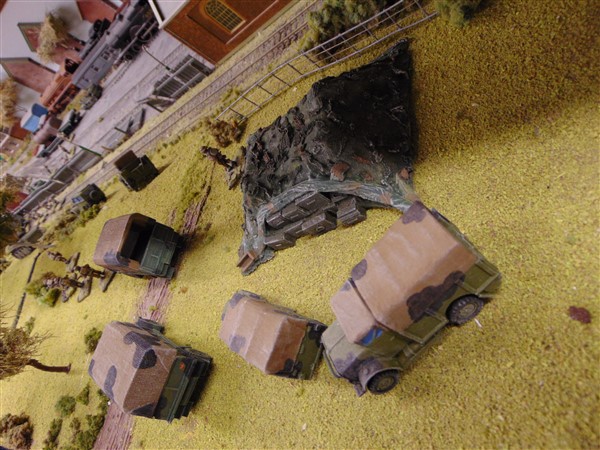 "Right Chaps lets get a move on, Jerry's up ahead and we have to stop him here and now" 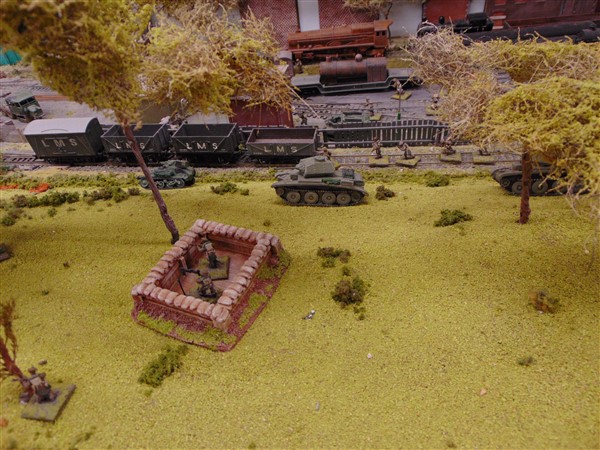 A couple of A13s  to the rescue. Not much fire power but they will help with moral. 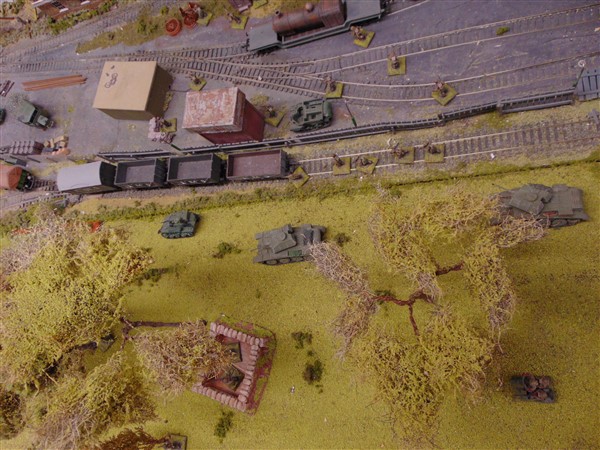 One infantry section moves up through the sidings. Plenty of solid cover here. 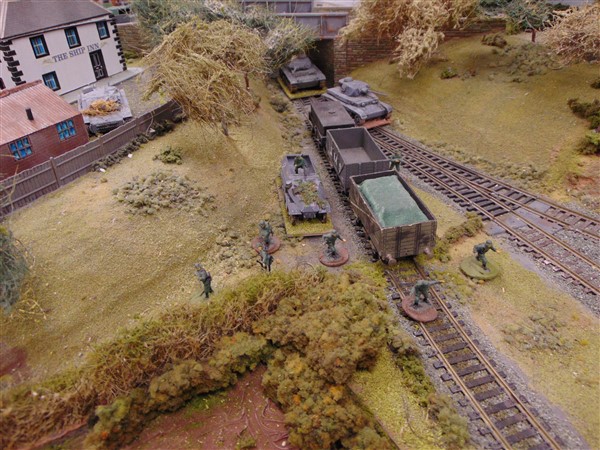 The Grenadiers with armour support start to fan out from under the bridge. 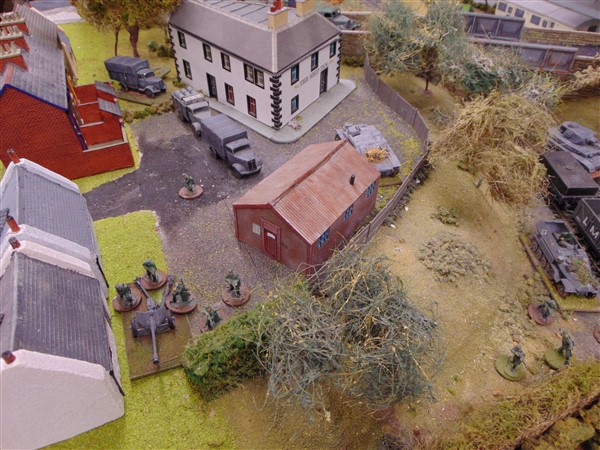 On the high ground near the pub. German fire support gets ready. 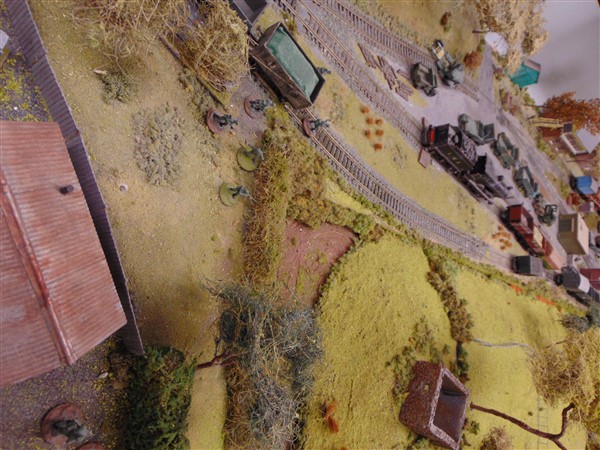 1st objective for the Hun. The ruin on the edge of the embankment 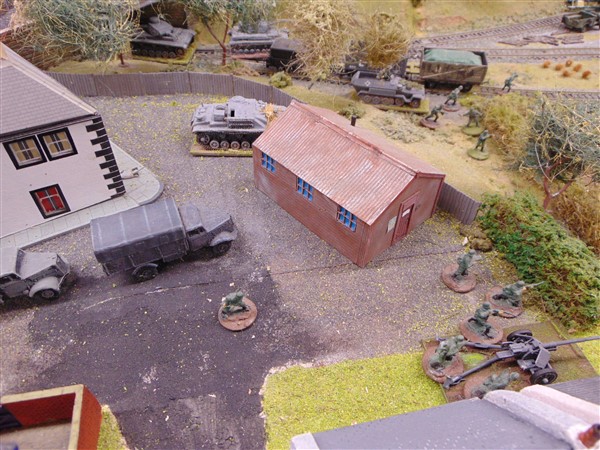 They have spotted the British armour. "Achtung Panzer, FIRE...!"

Time to throw some dice.